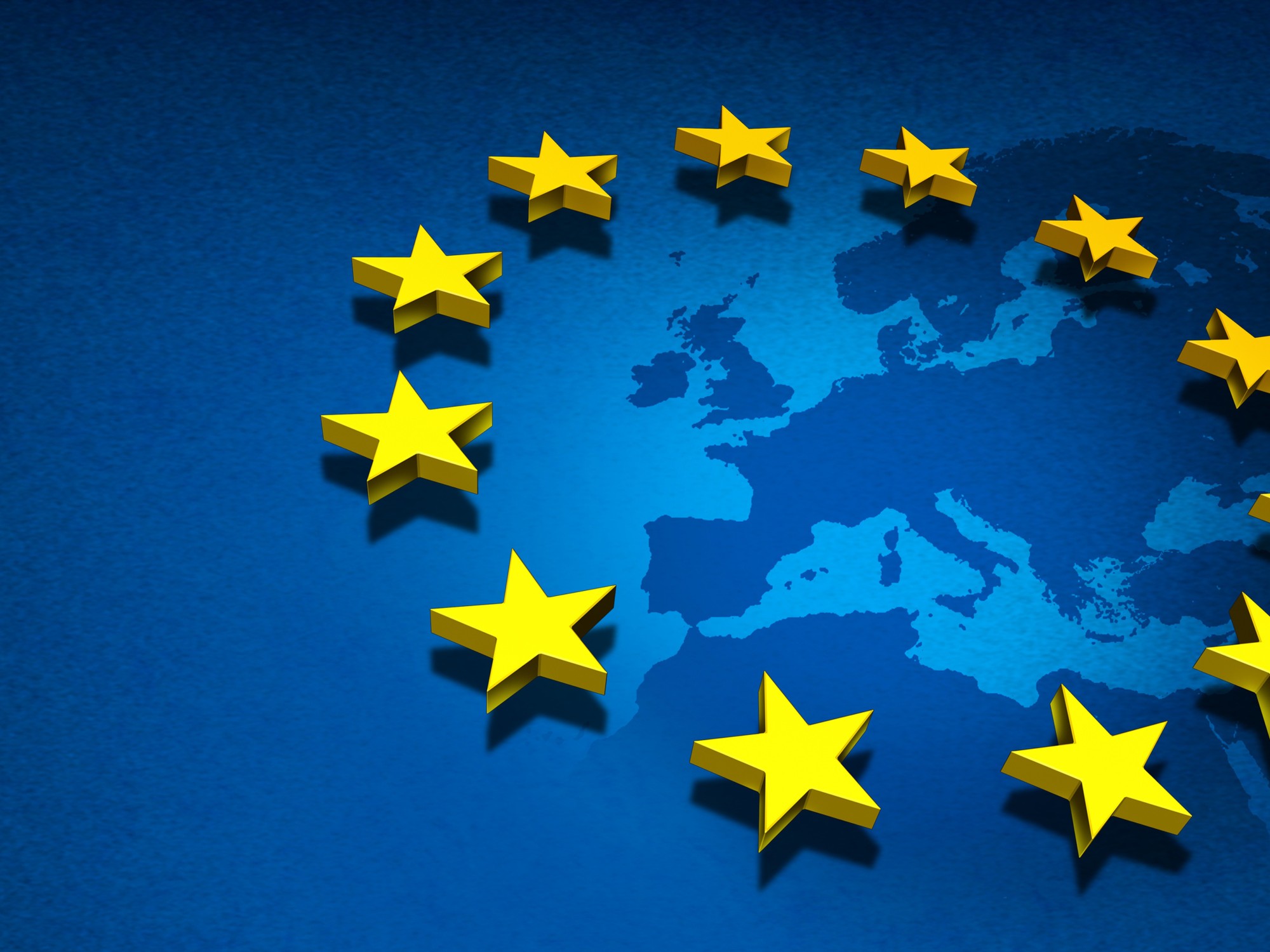 The institutions of the European Union (EU) are products of the aspirations that drive the EU’s desires. They exist to ensure that the will of the ‘community’ is enforced and to project power that no individual member state can do alone (Peterson & Shackleton, 2002). To achieve this seems an impossible task amongst 27 members, each with individual opinions and perspectives. To facilitate in this mission, various institutions were established to assemble influence and opinion collectively and to allow the EU to speak and act as one.

The crux is that not all of these institutions progress in the same direction at the same time resulting in the process decelerating or even discontinuing. Over the EU’s history these organisations have transformed in function and in their authoritative extent.  The actors at the core of the EU today consist of: the European Parliament (EP), the Council of Ministers (Council), the European Court of Justice (ECJ) and the European Commission (Commission). Each actor has an assortment of powers and restrictions and can keep checks and balances against one another. The question is how much influence they have and what is the existing balance of power.

The foremost institution to be founded, the Commission in 1951, operates as a cabinet government of one commissioner per member state, which advocates their appointment (Peterson & Bomberg, 1999). Despite this, each commissioner is regarded to be impartial and acts in the interests of Europe, unlike the EP and Council who operate in the citizen and national government interests respectively (The European Commission, 2008).

The EP and Council proceeded and were established in 1952. The EP is currently the only directly elected organization in the EU and is the uppermost legislative authority in the EU (Corbett et al. 2005).  It is at present comprised of 785 Members of the European Parliament (MEPs). The Council on the other hand encompasses representatives of the 27 member states with a rotating Presidency, which sets the EU’s main agenda.

The final institute to be founded was the ECJ and is, like the council, made up of one delegate per state. Each candidate is selected on the foundation of independence and legal stature (Bradley, 2002). Only a maximum of 12 judges sit in the grand chamber at time with smaller chambers comprised of three to five judges sitting on other cases. Each piece of litigation concludes in a solitary judgment with no seceding positions or analysis, as to reinforce the will and declaration of the Court (Arnull, 2006).

The balance of power incorporates a series of issues comprising legislative abilities, legality and supremacy, political scrutiny, and budgetary controls and could be categorised even further into individual policy areas such as defence, and international relations.

Conceivably the most significant power of the EU is its capacity to legislate and establish agendas, to ‘formulate and implement public policy … governing the operation of the state’ is at the core of any society (Richardson, 1996). The contention of whether the EU is a state or otherwise is for another discussion nevertheless the reality of this capacity necessitates examination.

Before a piece of legislation can be formed and attain legal assent an idea or policy objective must be put forward for deliberation. The supremacy here lies firmly with the Commission. It has the capacity to advance and develop policy initiatives that are regarded to be in the ‘community interest’. The Council and EP are profoundly dependent on the Commission for ‘ideas, initiatives, guidance [and] specific proposals’ (Nugent, 2001, p. 118). Primacy also lies with the Commission in that it can interfere with the legislative procedure and is directly involved at every phase, including those administered by the EP and Council.

The Commission, equally however, has restrictions in its legislative potential. First and foremost it cannot contribute in the sphere of Home Affairs and Justice (Nugent, 2001, p. 11) and with the establishment of the co-decision procedure, a measure by which legal legislative responsibility is shared out; the EP and Council have power parallel to that of the Commission in the areas of policy development (Peterson & Bomberg, 1999).

Subsequent to the Maastricht Treaty, the Council and EP observed an expansion in its authority and influence. Whilst being incapable of drafting proposals they possess a profound influence on what passes into law. The Council can request the Commission to look into areas it perceives as ‘working towards common objectives’. Furthermore it can adopt ‘opinions, resolutions, agreements and recommendations’ (Sherrington, 2000, p. 13). These have no legal connotations; nevertheless they do bear substantial political credence that the Commission cannot disregard.

The EP has legal and political means at its disposal as a result of the Single European Act (SEA). It can be seen to influence and coerce the Commission to accept amendments to legislation by the threat of hindering its ratification through the parliament by referring it to committees as opposed to formalising declarations necessary for the proposal to pass. Any amendment that is advocated can only be overturned with a unanimous decision by the Council thus giving the EP the ability to claim superiority (Rittberger, 2005).

The ECJ also has a principal duty to play in the legislative procedure and is atypical in that it is an entirely reactionary body and power is not implemented for political gain (Roney, 2000).  As such it requires other actors to bring cases to the Court which it can then formulate judgements on. Some rulings have lead to amendments in the decision making process itself as well as forcing certain agendas onto the legislature and executive. The EP took the Council to the ECJ under the pretext of the ‘illegal failure to act’ forcing the Council to adopt a common transport policy, which had been disregarded in earlier proposals (Bradley, 2002).  The EP was also successful in challenging the Council on the method it initiated proposals. The EP was permitted the entitlement to be consulted on legislation and its legal foundation. Overall the Court’s authority is growing and whilst it cannot directly initiate proposals or directly indicate infringement of proceedings without due process, more and more institutions are turning to the Courts to settle disputes, resulting in legislative changes (Arnull, 2006).

What is exclusive concerning the legislative procedure is that since the implementation of more recent treaties (SEA, Amsterdam, Maastricht) and the move to a co-decision procedure, it has become a tripartite structure with the Council, EP and Commission each having dissimilar capabilities and checks and balances against them. No solitary specific institute has the influence and command to achieve exactly what it desires exclusive of any other institution controlling or influencing it. The Commission is the only body to draft proposals but the EP and Council can both influence and at times exert enough pressure to see an alteration in direction or initiate new ideas themselves, occasionally assisted by the court’s rulings.

Who Watches the Watchmen?

Another central source of authority resides in the accountability and examination of each of the institutional bodies.

The solitary body to have no European Community scrutiny is the ECJ. Its members and appointees are emancipated from EP sanction after the proposal to have parliamentary assent for judges was abandoned. Instead they are nominated by member states which have independent vetting procedures (Arnull, 2006, pp. 19 – 25). The only means of altering this would be to introduce changes in the method of a new treaty which would be subject to authorisation by each and every member state. As such their autonomy seems safeguarded from executive interference. However it cannot itself examine and have accountability over other institutions; it can rule that procedures were not followed if a case is brought before it but it does not have the capability to actively oversee individual institutions. It exists with the sole purpose of upholding the laws and treaties of the EU (Bradley, 2002).

The EP is said to be the most accountable of all the institutions. This is a reflection of the fact that it is the only directly elected body and thus is accountable to the electorate.  The EP does have an exceptional ability to hold the Commission, and to a much lesser extent the Council, to account. The EP can conduct written and oral enquiries, and can investigate matter involving the way the Council conducts its responsibilities and establish committees dealing with ‘alleged contraventions … in the implementation of community law’ (Nugent, 2001, p. 191). This permits the directly elected body to hold the state appointed institution to account over any decision or procedure it desires.

Perhaps the utmost and oldest grasp the EP has over the Commission is its Right of Censure. The EP alone can compel the entire Commission to resign if it can attain a 2/3 majority in a vote in the parliament. This was almost employed in 1999 after the EP refused to pass the 1996 financial records of the Santer Commission. The Commission resigned before it was pushed after the number votes needed was easily achievable (Nugent, 2001, pp. 49 – 55).

The most resistive body to disclose has been the European Council, and has had the capacity to resist, at least in part, moves to augment accountability. It has had to attend question time from MEPs and televise parts of Council meetings but still conducts the majority of its business in secret and has negotiated the terms under which it can discharge documents pertaining to Council affairs (Hayes-Renshaw, 2002).

To judge the balance of power of scrutiny, one must take a constant approach. The ability to deflect accountability might be seen as a power along the lines of the ability to conduct scrutiny exercises or one might determine it as a failure of the other institutions in their ability to supervise. In an open democracy all decisions and political bodies should be accountable and if they are not conceivably that is where there is a failure of power. It is perhaps reassuring then that the most powerful scrutiniser is the body that is directly electable and thus directly accountable to the citizen.

Given the character of the EU polity and its supplementary institutions, the areas into which power and influence spreads is extensive. Hopefully by concentrating on two key facets: agenda setting and scrutiny, it can be accredited that a balance of power does exist amongst the principal actors of the EU but occasionally that balance rests too close to one organization.

The greatest balance can be established in the legislative process. Each institution has a dependence on one another, to instigate, develop, adopt and pass a proposal. Each body has adequate checks against it to ensure that a fair and consensual approach is taken.  No single body can take overall control of the process and any endeavour to bypass or influence the law or acceptable procedure can result in a court appearance and decisions overturned. The ECJ does have substantial power in that it can rule on any aspect of the legislative process but this is balanced against its reactive nature. It cannot make judgements and decide new interpretations of the law without a case being presented to it.

Whilst the balance of power in accountability is to a less extent fair, it is not right to say that there isn’t any. The Council has had the power to avoid close examination but this is changing (Hayes-Renshaw, 2002, pp. 65 – 66). There is a considerable disparity in the inspection of Court and EP workings. The Court has almost zero accountability whilst the EP has the largest amount of power to investigate and inspect others but allowing the Courts to be interfered with politically would have serious implication and damage the impartiality of proceedings and their ultimate case rulings. The EP conversely is the only directly elected institution and it can be reasoned that they be authorised that extraordinary assortment of powers for they recognise if they abuse them they are answerable to the harshest adversary on the planet: the electorate.

If you have found any of my essays helpful or interesting please consider making a donation here. Thank you and hope you have enjoyed my writing.

The European Commission 2008 Institutions of the EU: The Commission., from EUROPA – Gateway to the European Union: http://europa.eu/institutions/inst/comm/index_en.htm (accessed 18th November 2008)